Periscope is the new on-trend application. Available on iOS and more recently on Android, Periscope allows any user to broadcast or follow an event using live streaming. Bought by Twitter this year, its success is growing. Behind this application which clearly has a bright future, is a young man named Kayvon Beykpour. Reuters had already noticed this hard working and ambitious young man a while ago. A look at a young entrepreneur who has come a way since his first steps in business. 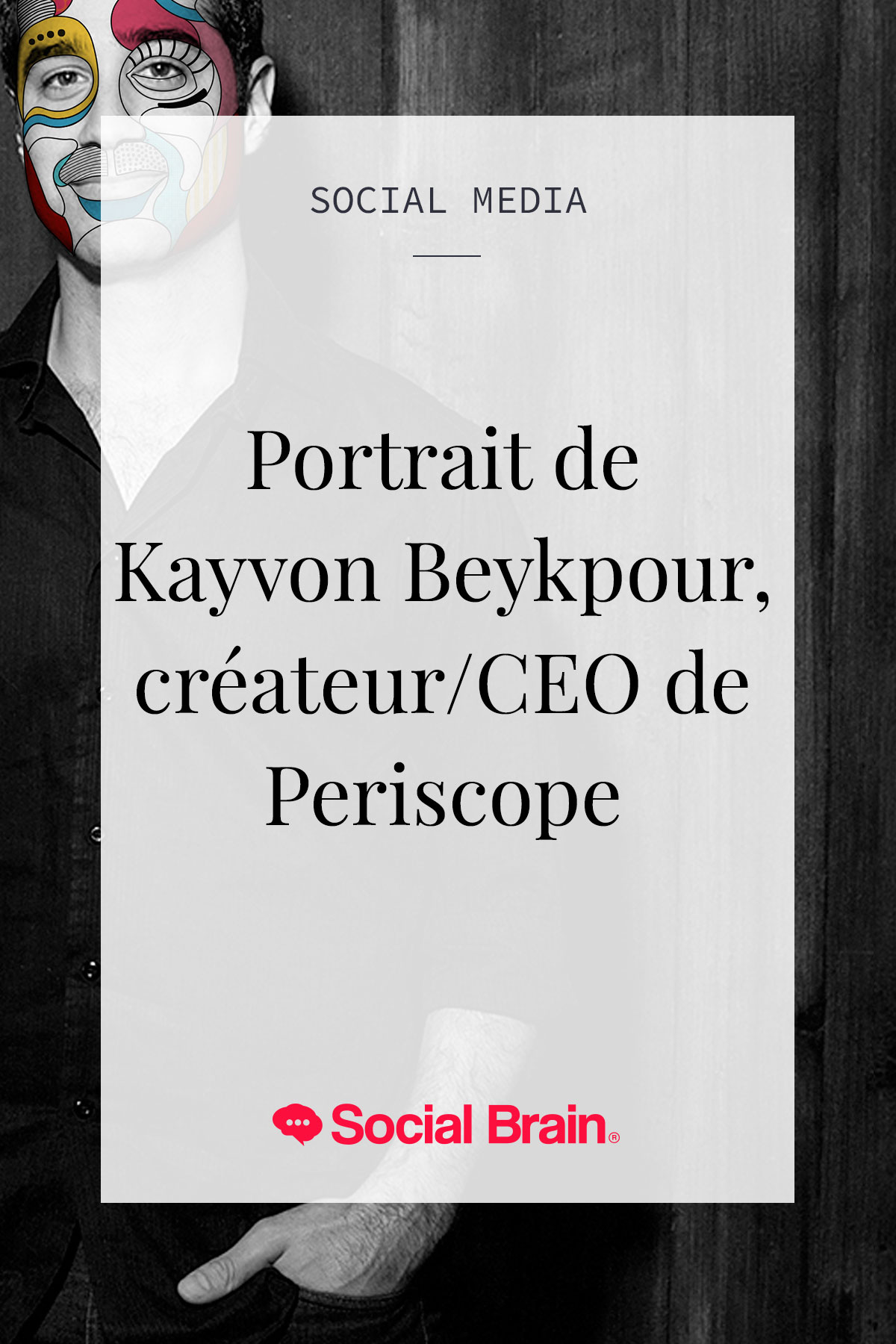 After graduating from Stanford University with brilliant grades, where he studied computing, Kayvon Beykpour started his career, like many students with an internship. He was lucky enough to work for a prestigious consultancy firm: Goodby Silverstein & Partners. It was there that he honed his skills and cast light on internet strategy for a number of large companies.

It’s at this stage that he had a light bulb moment. “I noticed that there were many more opportunities for me if I was working… for myself” he says. At the end of his internship, Kayvon Beykpour was conscious that he had the potential needed to do bigger things. He is brilliant and he knows it. At this point he launches his big adventure that is entrepreneurship.

A kid with nerve

The young graduate then contacts his childhood friend Joe Bernstein and launches Terrible Clever Design, a company “in competition” with his old employer. He isn’t afraid of anything.

Kayvon Beykpour quickly concentrated his efforts and transforms his weaknesses into assets to drive his company to success. He and his associate are young and Facebook starts to explode at the time. He also noticed the rise in mobile applications and sees the future potential. “We knocked on the doors of companies like Sprint and Comcast and told them ‘You see, we are kids who’ve just left Uni. We know how kids use Facebook. Let us take control of your marketing campaigns on this new platform’” he explains.  Within just a few months, he and his associate were managing marketing campaigns for huge groups such as Sprint, Best Buy, Comcast, Doritos, etc. The student has become the master.

Periscope is born from the talent and interest of its creator. If Kayvon Beykpour is a well established entrepreneur (even if he is very young), he is also gifted when it comes to directing. As an enthusiast, he has already created a number of films, mainly documentaries. He has been awarded with two “Student Emmys” for documentaries he created in High School.

Director, entrepreneur, new social media professional. Can you see what could have given Periscope’s creator the idea for the project?  Making anyone a producer, broadcast live videos from more or less any place on Earth at any time. This is what Periscope is: transformation for each user into a director, writer and broadcaster of their own material. The dream of any director is to be able to have their work seen by as many people as possible isn’t it? Periscope can make this dream a reality.

You have a project or you need some more information? Please start a live chat with us, or send us an email by filling up the form hereafter.

We are based in France but we work all over the world.